By Patrick A. Heller – September 06, 2011 | (This article was originally printed in Numismatic News.) 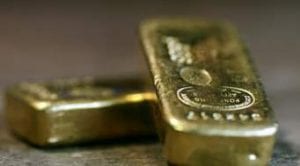 Last Friday (Sept 2, 2011), a new round of WikiLeaks disclosures of U.S. State Department cables included one that discussed several commentaries posted in the Chinese news media on April 28, 2009. This particular cable reads:

You can read the original U.S. embassy cable at http://www.gata.org/files/USEmbassyBeijingCable-04-28-2009.txt.

A later cable discusses how the U.S. government sought to restrain China from converting its foreign exchange reserves into gold. Instead, the U.S. government wanted to pretty much force China to purchase U.S. Treasury debt. In response, the Chinese realized that increasing their gold reserves would increase their international clout. The link to that cable is http://www.gata.org/files/USEmbassyBeijingCable-02-08-2010.txt.

Finally, a Dec. 4, 2008, cable warns that China’s acquisition of gold would be a problem for the U.S. and European governments in their consideration of restoring a partial gold reserve system. That problem would arise because the U.S. and European governments, at that time, held the majority of central bank gold reserves, which would effectively give these governments greater control at resurrecting a partial gold standard. Once again, the link to this cable is http://www.gata.org/files/USEmbassyBeijingCable-12-04-2008.txt.

I suspect that there will be little coverage of these three disclosures by the mainstream media. However, you can be sure that other governments will be paying close attention to the revelations. The latest report shows that about 10 central banks reported increases in their gold reserves during the first half of 2011 (with Mexico leading the way), while only about two nations reported declines. Since then, Colombia has added gold reserves for the first time in more than a decade.

In the coming months, look for other central banks to protect themselves by becoming even more aggressive at adding to their gold reserves, whether or not they officially report doing so. You will also see a higher demand from people who understand the implications that the U.S. and European governments are talking about remonetizing gold and a means to support their paper currencies. Inevitably, that will tend to push gold prices even higher. At some point, a buying frenzy could develop. Don’t get left behind.