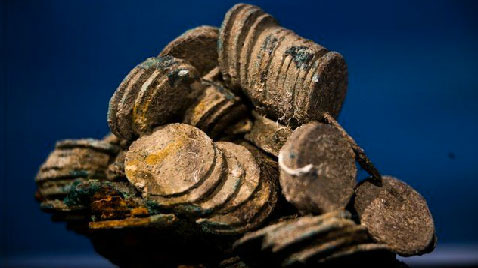 Pieces from one of the biggest and most valuable hauls of treasure ever found on the bottom of the sea have been unveiled by Spanish officials.

Last year the Spanish Government won a four-year legal battle with the American company which discovered and recovered the treasure.

It is believed 594,000 coins and other artifacts were recovered from the Nuestra Senora de las Mercedes, sunk by a British warship in 1804.