Linear B is an ancient European Bronze Age script, dating back 3,500 years. When a British architect finally cracked it in the 1950s, he was hailed as a genius – but he may never have succeeded had it not been for a woman on the other side of the Atlantic.

For years, Linear B was seen as the Mount Everest of linguistic riddles.

First discovered on clay tablets at the palace of Knossos in Crete in 1900, it was an unknown script, writing an unknown language.

“It really was the linguistic equivalent of the locked room mystery in a detective novel,” says Margalit Fox, author of a new book on Linear B, The Riddle of the Labyrinth.

How do you ever find your way into a seemingly closed system like that? A solution took more than half a century to arrive.

In 1952, a young British architect, Michael Ventris, did discover the meaning of Linear B.

Ventris was the very model of a solitary, tortured genius – so much so that the deciphering of Linear B has often been portrayed as his accomplishment alone.

But some experts now argue that Ventris would never have been able to crack the code, had it not been for an American classicist, Alice Kober.

The importance of her contribution has only come to light now that her archives – held at the University of Texas at Austin – have been catalogued.

“Alice Kober is the great unsung heroine of the Linear B decipherment,” says Fox.

“She built the methodological bridge that Ventris triumphantly crossed.

“As is so often the case in women’s history, behind this great achievement lay these hours and hours of unseen labour by this unheralded woman,” she says.

In the 1930s and 40s, Kober was an assistant professor at Brooklyn College in New York where she taught Latin and Greek classes all day.

Kober lived with her widowed mother, and there is no record in her papers of a social or romantic life of any kind.

Instead, for almost two decades, Alice Kober devoted herself to trying to crack this mysterious Bronze Age script.

“She turned herself into the world’s leading expert on Linear B,” says Fox.

“It was she who was working hundreds of hours with a slide rule sitting at her dining table… a cigarette burning at her elbow, poring over the few published inscriptions, looking and looking for patterns.”

Some Linear B basics 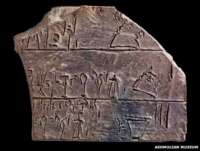 Greek had been ruled out by scholars at the time. The predominant theory was that the script documented a form of Etruscan – an ancient civilisation of Italy – but there were more wacky theories too, including that it might be a type of Polynesian or Basque.

In the search for clues, Kober learnt a whole host of languages – from Egyptian to Akkadian to Sumerian and Sanskrit.

But Kober was rigorous in her work – refusing to speculate on what the language was, or what the sounds of the symbols might be.

Instead, she set out to record the frequency of every symbol in the tablets, both in general, and then in every position within a word.

She also recorded the frequency of every character in juxtaposition to that of every other character.

It was a mammoth task, performed without the aid of computers. In addition, during the years surrounding World War II, writing materials were hard to come by.

Kober recorded her detailed analysis on index cards, which she made from the backs of old greetings cards, library checkout slips, and the inside covers of examination books.

She spotted groups of symbols that appeared throughout the inscriptions – groups that would start the same, but end in consistently different ways.

That was the breakthrough. Kober now knew that Linear B was an inflected language, with word endings that shifted according to use – like Latin, or German or Spanish.

Alice Kober was on the verge of deciphering Linear B.

But before she could, she fell ill, suddenly, and died soon after. The cause of her death is not known for sure, but it may well have been a form of cancer. It was 1950, and she was 43.

Still, she left behind, in her academic publications, a sturdy bridge for others to cross. And in 1952, Michael Ventris did.

Talking to BBC Radio in the wake of his successful decipherment of Linear B, Ventris said: “It’s rather like doing a crossword puzzle on which the positions of the black squares haven’t been printed for you.”

Ventris – who had been obsessed by cracking Linear B since he was a schoolboy – built on Kober’s grids as much as possible, and then added his own brilliance to the mix.

He wondered about the repeated groups of symbols identified by Kober as evidence of inflection. What if they stood for the names of towns in Crete? 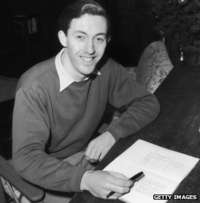 Places names are exactly the kinds of thing you’d expect to crop up all the time, especially on official palace documents.

And place names often don’t change much, even after centuries. Ventris examined three Cretan names, including Knossos. In the syllabic form of Linear B it became “ko-no-so”.

The script began to talk.

Kober and Ventris met just once, in Oxford, five years before the decipherment. It’s thought there was no love lost between the two.

“It’s very clear with hindsight that each underestimated the other deeply,” says Fox.

In a lecture after he had cracked Linear B, and before his death, Ventris did however give substantial credit to Kober for her contribution – but this acknowledgement went largely unnoticed.

Kober has tended to be presented as a harsh, suffer-no-fools, kind of character, says Prof Thomas Palaima, head of the Program in Aegean Scripts and Prehistory at the University of Texas at Austin, which holds Kober’s archives.

But this reputation is unfair, he says. Her papers show her to be a thoughtful, kind and dedicated person, who, for example, converted test papers for a student who was blind into Braille (which she mastered).

“She has a fine sense of humour,” says Palaima. “There’s an amazing amount of whimsical stuff in there.”

But the bulk of the documents detail her meticulous work – including one key grid, says Palaima, which shows she had correctly deciphered around one third of the Linear B characters.

Had she not died prematurely, he believes history would have turned out differently.

“I really do believe she’d have been the one who’d have deciphered Linear B,” he says.

But still some scholars question whether Kober would have had the creative spark to jump the final hurdle.

And no-one is questioning Ventris’ achievement or claim to be the one who finally cracked it.

Linear B, it turned out, was – after all – a form of ancient Greek, which had been taken to Crete by invaders from the mainland.

The Greeks themselves did not develop an alphabet until centuries later, but at Knossos their language was written down for the first time, using an ancient script indigenous to the island.

Indeed there is also another – even older – Cretan writing system, some of which was also found at Knossos.

But there’s very little of it – too little to allow a decipherment.