Stone Age Rock Carvings In Mexico Might Be 6,000 Years Old 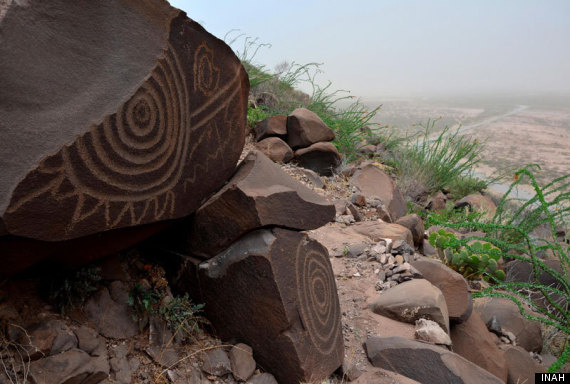 Archeologists have stumbled upon a treasure trove of Stone Age art in Mexico this week, according to the BBC. The big find consists of a collection of 500 rock etchings found on the side of mountain believed to be over 6,000 years old.

The carvings, discovered in the region of Coahuila, Mexico, reveal a series of concentric patterns and wavy lines, some of which, according to The Daily Mail, resemble fish and deer tracks. Scientists from Mexico’s National Institute of Antrhopology and History (INAH) believe the mountainous area was home to Stone Age hunter-gatherers who might have used the carvings as a means of communication.

Nearly 8,000 individual petroglyphs have been identified throughout the two-mile long site in Northern Mexico, a part of the country known for its wealth of ancient art. Earlier this year scientists uncovered nearly 5,000 preserved cave paintings in the nearby state of Tamaulipas.

The archeological project in Coahuila — in the Sierra de Narigua, to be exact — began in August of last year. The INAH plans to open the site to the public, eventually allowing tourists to see the rock art for themselves. 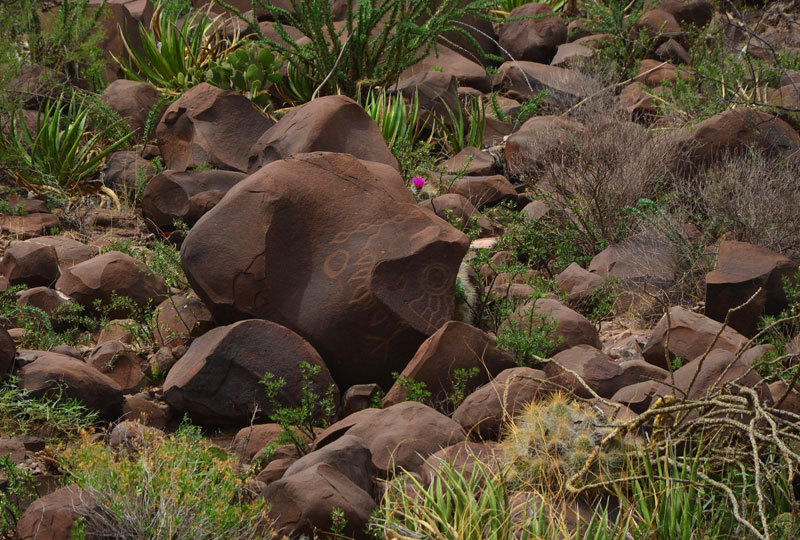 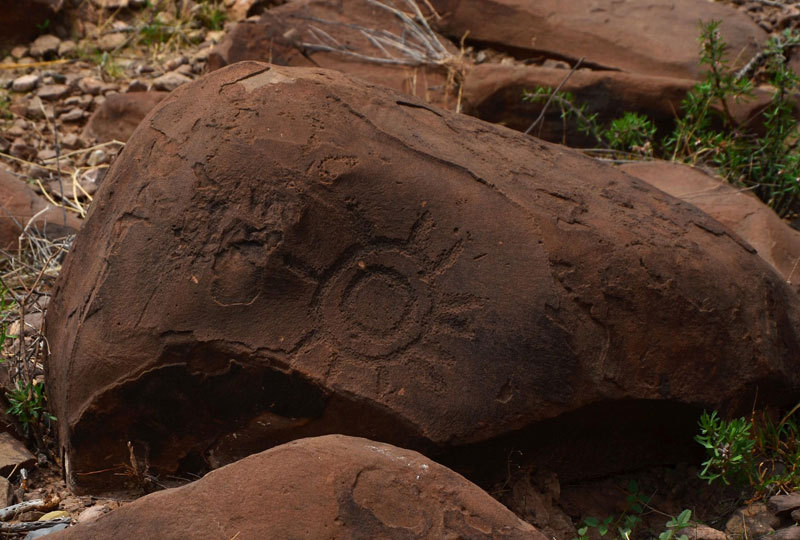