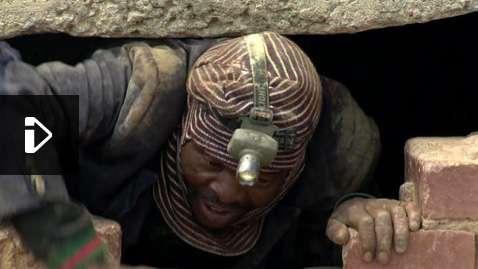 Thousands of men are risking their lives in what is being dubbed Johannesburg’s second gold rush – an illegal and desperate scramble for what remains of the precious metal.

The men – many from poorer African countries – go underground to sift through the remnants of South Africa’s abandoned mines.