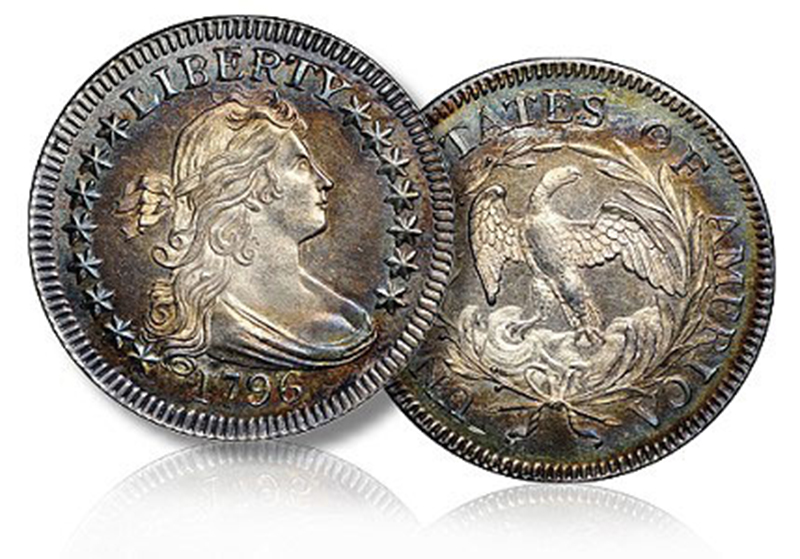 The coin was the star of an auction conducted by Heritage Auctions that realized $23.3 million.

The quarter is the finest certified example and is graded MS-67+ Star by Numismatic Guaranty Corporation. It has a Certified Acceptance Corporation sticker.

It was noted that Newman originally paid $100 for the quarter and $7,500 for the coins featured in the sale. Many of the pieces were purchased from the estate of Col. E.H.R. Green, who was the son of Hetty Green, who was called the “Witch of Wall Street.”

The catalog description took the opportunity to debunk the myth that Green owned as many as 200 of the 1796 quarters. Cited was Green’s original inventory, which lists just six Mint State Draped Bust quarters.

“Eric P. Newman of St. Louis began buying and studying the finest high-quality and rare United States coins he could acquire starting about 90 years ago. His return on investment is about 310,000 percent, but the knowledge he acquired about early American money, and shared with collectors through his writings over the years, is priceless,” said Jim Halperin, co-chairman of Heritage Auctions.

The auction was conducted Nov. 15-16 in New York City and online. Visit www.HA.com for more information.