Scientists say they have 70% of the key bones needed to fully describe the creature, Dreadnoughtus schrani.

It means they can confidently estimate its great bulk – a beast that measured 26m from head to tail and weighed in at almost 60 tonnes.

Remarkably, the skeletal analysis reveals Dreadnoughtus was still growing at the time of its death.

Quite how large the dino might have become, no-one can say.

The Patagonian rocks from which it was pulled suggest that the young animal’s life was cut short in a catastrophic flood.

A detailed write-up on the 77-million-year-old fossils appears in the journal Scientific Reports.


The study group’s leader is Kenneth Lacovara from Drexel University, Philadelphia, US.

He told the BBC that the dinosaur’s enormous size would have been intimidating.

And for that reason, he has given the beast a name that recalls the massive battleships that revolutionised naval warfare in the early 1900s.

“Dreadnoughtus was huge, and in its environment there would have been nothing that could have preyed on it; it was essentially impervious to attack,” he explained.

“And that evoked in my mind those turn-of-the-last-century battleships – the first really big steel battleships – that were also impervious to attack from the other ships that existed at that time. So, what better name than ‘dread nought’ – ‘fears nothing’.” 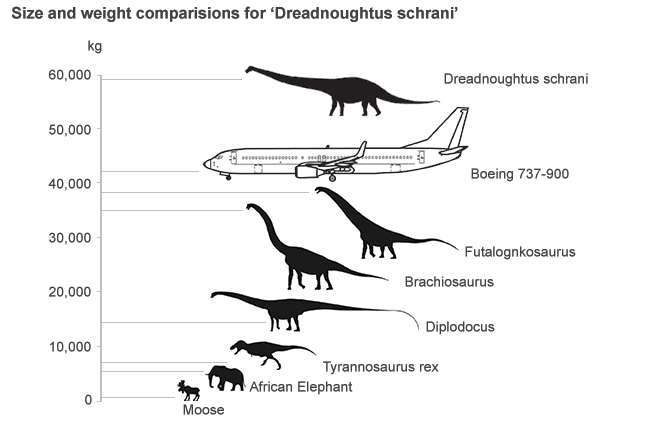 Dreadnoughtus was one of the so-called titanosaurs.

These immense, long-necked, plant-eating dinos were the most massive beasts ever to plod the Earth’s land surface.

Some, such as Argentinosaurus – a previous South American discovery – could even have topped the scales at close to 100 tonnes.

But such estimates are based on very fragmentary evidence. In the case of Argentinosaurus, this is just half-a-dozen vertebrae in its mid-back, a few hip pieces and a shin bone.

And this is why Dreadnoughtus is generating so much excitement.

Although its skull has not survived, almost half of the rest of the skeleton has been preserved.

And when you consider just the key bone groups, more than two-thirds of the complete animal is present in fossil form.

As a result, Dreadnoughtus offers an unprecedented window into the anatomy, biomechanics and evolution of the titanosaurs.

And it is sure to stir up that debate over which was really the biggest ever dinosaur.

“When we look at one species and it appears to weigh 20 times more than another species, maybe what we’re really looking at is an individual that is simply 30 years older than the other animal,” said Dr Lacovara.

“Perhaps, what we are looking at are just growth series differences, rather than species or taxonomic differences.

“Certainly, just in terms of physiology, Dreadnoughtus, Argentinosaurus and some of the other big titanosaurs must have been approaching the limit of what was possible, but we don’t know where that wall is.”

“It finally gives some better insights into how these animals were actually built,” he told BBC News.

“It gives us the opportunity to understand things like the limits of bone strength, in terms of how you can hold up an animal of such immense size.

“We can now start to think about modelling its breathing, its blood pressure and how much food it had to eat to get by. “Once we know more about the overall proportions and shapes of these animals – and Dreadnoughtus is a big step in that direction – we can begin to unravel the secrets of titanosaur biology.” 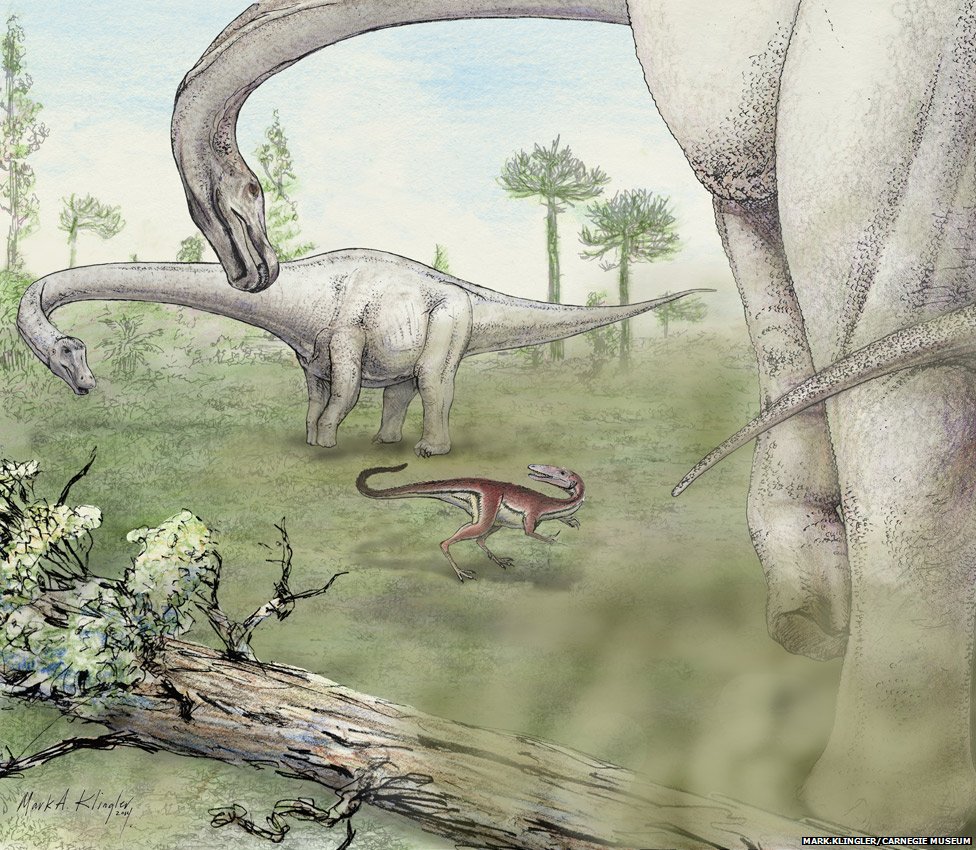 The animal’s great size would have made it pretty much impervious to attack.

See another article at The Huffington Post | By Marcina Cooper-White | September 4, 2014