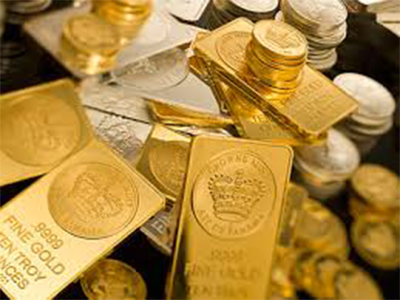 The following text is excerpted from the July 21 issue of the Mike Fuljenz Metals Market Report:

Long-term, gold is destined to come back in price since many mines are closing. An analyst at Lombardi Financial said that U.S. gold mine production declined 8% in 2014 vs. 2013, and 2015 gold production is running “much lower than the 2014 figures.” Most mines can’t make any profits at $1,200 gold, much less $1,100, so with shrinking supplies and flat or rising demand, gold should eventually recover.

Meanwhile, there is a tremendous groundswell of physical buying. We have noticed some delays on delivery of bullion products from the U.S. Mint and other mints due to soaring demand, which often causes the premium over spot prices to rise. The U.S. Mint said last week that there was a 253% rise in demand for American Gold Eagle coins in June vs. May. Also, in the first half of July, the U.S. Mint said it sold 71,000 ounces of Gold Eagles, which is just short of the phenomenal 76,000 ounces sold in June.

The same trend is happening in silver coins. The Mint ran out of American Silver Eagles in early July, just like they did in late 2014. The Mint sent out a press release saying that “the significant increase in demand for American Eagle Silver Bullion Coins depleted our current inventories.” Previous to that, the Mint had instituted an “allocation” policy that rationed the sales of Eagles earlier this year, due to soaring demand. In June, American Silver Eagle sales surpassed 4.8 million ounces, more than doubling May’s total. In the first week of July, 2.6 million more ounces were sold, putting July on a 10-million+ sales path vs. just two million in July of 2014, so those who say that the precious metals market is dead are wrong!