Consumers have less than three months to spend, bank or donate round £1 coins as the new 12-sided version outnumbers the old for the first time.

The Treasury says there are now more of the new £1 coins, which first entered circulation in March, than the old round pound.

From 15 October, shops can refuse the old version of the coin.

However, most banks and Post Office counters will continue to accept them from customers.

“The clock is ticking. We are urging the public to spend, bank or donate their old pound coins and asking businesses who are yet to do so, to update their systems before the old coin ceases to be legal tender,” said Andrew Jones, the Exchequer Secretary to the Treasury. 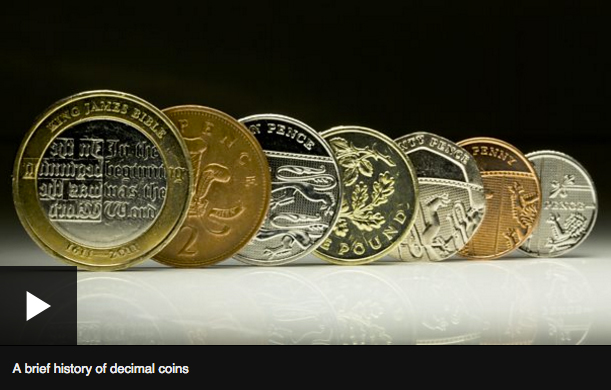 The Royal Mint is striking 1.5 billion new 12-sided £1 coins, which were introduced to help crack down on counterfeiting.

The Mint has claimed the new £1 is the “most secure coin in the world”, replacing the previous £1 coin, of which about one in 40 are thought to be fake.

The new coin has a string of anti-counterfeiting details, including material inside the coin itself which can be detected when electronically scanned by coin-counting or payment machines.

Other security measures include an image that works like a hologram, and micro-sized lettering inside both rims.

• Number to enter circulation: 1.5 billion – about 23 per person. Old £1 coins will be melted down to make new ones

• Outer ring: gold-coloured, made from nickel-brass