Foreign Coins You Need in Your Coin Collection

From the 1913 Liberty Head nickel to the $1 million penny minted in 1792, American coins have a value that’s unmatched by many other global currencies. However, the key to a solid, valuable coin collection is to diversify with a mix of American and foreign currencies.

By combining the two types of coins, you can create a coin collection that impresses other numismatists and builds wealth. Whether you’re new to foreign coins, you want to expand your knowledge, or you just want to dream about owning some of the world’s most valuable coins, here are some foreign coins you need in your collection. 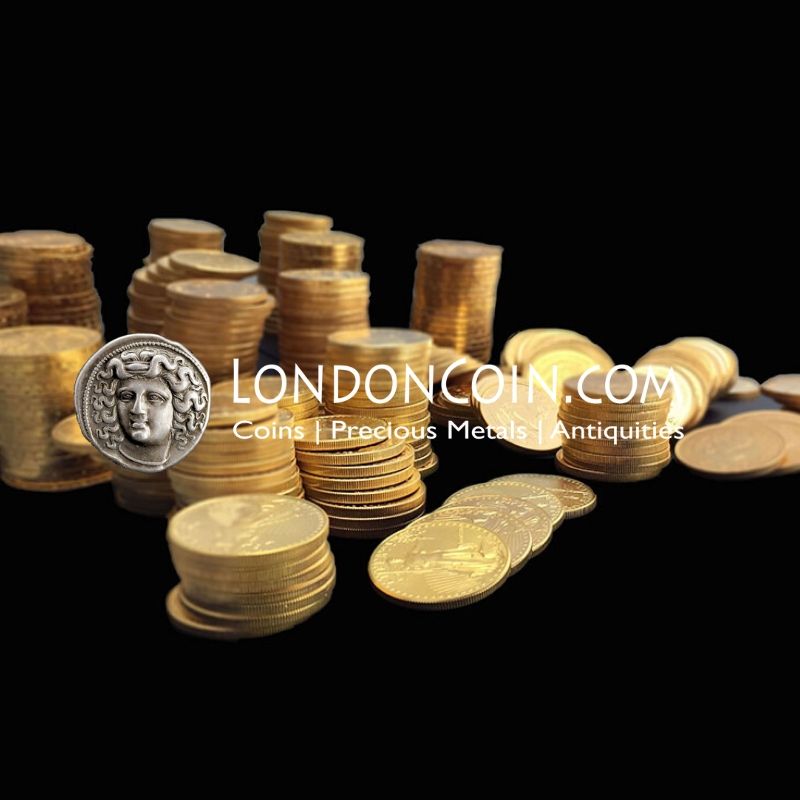 Before you start collecting foreign coins, follow these tips to get the most out of your search:

Follow these guidelines which to improve your chances of finding valuable foreign coins and hopefully acquire them at a price that maximizes your future returns.

Tami Dickason with London Coin Galleries in Newport Beach has a vast experience that goes above and beyond numismatic value.  She has helped thousands of clients worldwide buy, sell, or trade entire coin collections both domestic and foreign coins.

If you have a question for a coin dealer in Orange County, schedule an appointment with Tami Dickason to help you evaluate, locate, or liquidate an estate.

Composed of 99.9% 24-karat gold, the Canadian Maple Leaf Gold Coin is an accessible option for new collectors or those on a limited budget. The face value of the coin is C$50, but prices have risen to for older iterations of the coin.

With over 40 million of these in circulation, they’re certainly not rare, yet their purity and the steady price of gold makes them a sound investment.

Side note: The Royal Canadian Mint also produced five 100-kilogram (220-pound) gold coins that were valued at over US$4 million each.

Also known as the Australian Gold Nugget, the Australian Kangaroo Gold Coin is a gold bullion coin produced on an annual basis in the Land Down Under. Produced with denominations ranging from 1/20-ounce varieties (A$5) to 1 kilogram (A$3,000).

Unlike many other gold bullion coins, Australia’s Kangaroo Gold Coin derives much of its value from numismatics as opposed to the actual value of gold. This is because the Royal Australian Mint creates a different design each year, limiting the circulation and production of a coin to an annual basis, and thus, increasing its rarity.

You probably won’t have the opportunity to own the British 1344 Edward III Gold Double Leopard, but you can always dream.  The coin was lost in time until several were found in the Tyne River just over 500 years later. Fetching a price of over US$840,000, these coins are a numismatist’s dream.

A great foreign coin to add to a collection.  The coin is made of 99.9% gold with denominations from 1/20 of an ounce to 1 kilogram.

It also changes design slightly every year, but it’s the striking image of the panda on the obverse that makes it highly collectible.

Don’t let a small budget or lack of knowledge discourage your foreign coin collection even if these foreign coins improve the value of your collection.

With over 180 currencies around the world, the sheer number of vintage, collectible, and current coins is enough to keep you busy for a lifetime. Happy hunting!

We’re here to help you buy, sell or trade coins.  We provide the fairest value available.  Whether you have a single coin or an entire coin collection, let’s talk.