This article was originally printed in World Coin News. 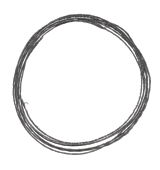 Sarawak is part of Borneo. Borneo is a big island on the big archipelago that stretches from the Malay peninsula to the Philippines. It has hills and lowlands. All of it was tropical forest, but a lot of that is cut down now. It is currently divided among three countries. The southern two-thirds is Indonesian. Most of the upper third is two Malaysian provinces: Sarawak and Saba (former British North Borneo). The independent old sultanate of Brunei is a small chunk out of the northwest coast.

Typical forest people lived there: bows and arrows, shacks, canoes, a local tradition of headhunting, occasional cannibalism. Hindus from southeast Asia visited, traded and founded small colonies. Later on Muslims did the same thing. By the time the Portuguese happened by in the 16th century there were local warlord domains, some of them bureaucratic, of both Hindu and Muslim flavors and a vast back country of very varied forest people.

Chinese traders started to come into the mix. There got to be lively trade amongst the various cultures. Outsiders brought metal and porcelain. By the 16th century there was gold, silver, porcelain, Chinese coin, cowries and other shells, various shapes of tin and bronze in the coastal markets, various forest products and pig tusks. Value moved across jurisdictions and cultures. It was a very complex situation.

Alice Quiggin wrote A Survey of Primitive Money in 1949. I think it is fair to say that no one has written a successor to that book, which describes stages that cultures can go through in their economic relations before they adopt “standards of value,” to which they add one more step of abstraction and there is “money.”

One of the things that makes odd-and-curious money interesting is that some of it is fanciful and cute. Very thin plaited black fiber rings (“unus”) was used as small change upriver. Small brass cannons, some working, some not, was the favored shape of metal ingots in Sarawak and Brunei in the 18th-20th centuries. Beads, imported and local. Imported Chinese pottery, the best of the large old jars said to have magic in them. Upriver people would tell stories of magic jars growing on jar trees. Heroic king jars might come to you in a dream and tell you what to do.

People carried around baskets of small porcelain cups and bowls for small change in the market. Beeswax, wrote Quiggin, in standard shapes and sizes. She quotes an 18th century writer. And gongs. Quiggin: “… found in all proper houses … recognized standard of value.”

The cannons have been popular in the odd and curious market. I found some for sale on the web. $2,000 for a small one shaped like a crocodile. Another crocodile marked “sold.” There must have been a couple of thousand in circulation during their time for there to be any at all in the collector market today. Modern copies with and without fake patina are known to exist.

Gongs, on the other hand, are rarely seen in the collector market; old beeswax, never. Chinese jars have their own set of collectors, but I have not run into anyone describing their 18th century jar with the proper pedigree (“got it in Borneo, was in so-and-so’s famous primitive money collection.”)

The center of gravity of primitive money collection has been Australia, with another nest of collectors in Europe. Overall, there may be a couple of thousand collectors of the category alive today, as opposed to several millions of coin collectors.

Borneoartifact.com has a selection of antique items from Borneo. Prices seem rather hopeful. They have a lot of imported porcelain. There are 75 cannons listed. More than 30 gongs.

In the late 18th century Brunei claimed the Sarawak hinterland the same way the Ottomans claimed central Arabia. The true situation was that political power in the zone was widely dispersed amongst tribal leaders, warlords, armed camps of trading companies, etc. Guns were starting to become generally available, and there began to be increased violence. In the 1830s-1840s the Brunei sultan sent soldiers out into what he considered his backyard. Their job was to pacify. They got bogged down. Along came James Brooke.

Brooke was born and grew up in India. He served in the British army and was wounded. He wandered around, came into some money and bought a boat. He tried to do business, got interested in Borneo, happened to show up in Brunei with the wherewithal to participate in the local conflict if he so chose. After suitable negotiations, Brooke went in, delivered significant service and was appointed governor and later “rajah” (hereditary king) by the sultan.

There is an astonishingly laudatory article on Sarawak in Wikipedia. The Brookes described as thoroughly progressive rulers. I was surprised. Usually there is nuance in the historical narrative. At the top of the Wikipedia page is a notice that it’s “neutrality” is disputed. OK, I clicked the dispute links. Modern concerns, the depiction of the Brookes as total good guys is not a problem.

James Brooke was interested in suppressing piracy (still a problem in the region), ending slavery and building British-style administration. Roads, hospitals, schools, water works, etc. were built, records kept, studies made, all from a libertarian-style personal initiative perspective. The Brooke rajahs governed without ethnic favoritism, it seems, and by and large the various people there seem to have got along.

The Brookes remained private individuals in their outlook and British subjects. It was important to them to make money from their rajah business. In the 20th century that began to be problematic. Discussions were begun with the British government to take over the administration of the territory. The Brookes wanted to be bought out. Haggling ensued. A document package eventually took shape, with a constitution and a secret agreement involving a payment by the British to the Brookes. That was 1941. Then the Japanese invaded.

The Japanese occupation was damaging. The British kicked them out in 1945, bought out the Brookes and gave the rajah a pension. That was Charles Vyner Brooke, last ruling rajah. His son, Anthony, denounced the cession, tried to continue a local “legitimist” movement of sorts. Tensions grew, and the British governor was assassinated in 1948. There was an investigation, and he found himself forced to renounce his political ambitions in 1951. Charles Vyner died in 1963. Anthony inherited the title, by that time empty.

The first Sarawak “coins” were part of the “Singapore merchant series” of the 1840s-1850s. These were copper and brass coins of various types made privately in Singapore, the Soho mint, and private factories in England. James Brooke had a batch of copper and brass kepings struck at a Birmingham factory. The coins are rare, and collector fakes are known.

Regular coinage began in 1863. The coins were copper, struck at Birmingham. They matched the module of the contemporary India-Straits coins. The cent is reasonably available, typically in circulated with edge bumps. The half and quarter cents are scarce. Corrosion is not infrequent. There are very rare proofs in “copper” and “bronzed copper.” Once I saw a pair of those copper/bronzed coins side by side. I couldn’t tell the difference. There are also patterns with a different portrait, mentioned and pictured in Encyclopedia of the Coins of Malaysia Singapore and Brunei by Saran Singh. That is the coinage of James Brooke.

Coppers continued in sporadic issue from 1870 to 1897 during the reign of Charles Brooke. Low grades and corrosion are normal; high grades without problems are rare. Silver coins were struck with various dates between 1900 and 1915. Generically they are not rare, except for the 1906 50-cents and the 1920 20-cents, but they tend to show up cleaned. And you have to examine the edges, especially of the small coins. There might be mount marks, sometimes “restored” reeding. High grades are rare. Proofs exist.

Why no Sarawak dollars? Mexican dollars ruled in the late 19th century, followed by British trade dollars in the early 20th. Local Sarawak silver was set to the Straits standard, baser and lighter than the trade dollar, an attempt to keep them at home.

The C.V. Brooke coinage has one extreme rarity: 1941 1-cent. There have been quantities of the 1937 1-cent available in uncirculated in the not-too-distant past. Lately most of what I’ve seen have had spots, etc. I just came into a small batch of C.V. Brooke silvers, mostly cleaned. It’s probably the second or third such batch I’ve had. None of this stuff is seriously common. I’d say Sarawak is on its way to becoming a tough country for the one-coin-of-each-country collectors. Another 20 years.