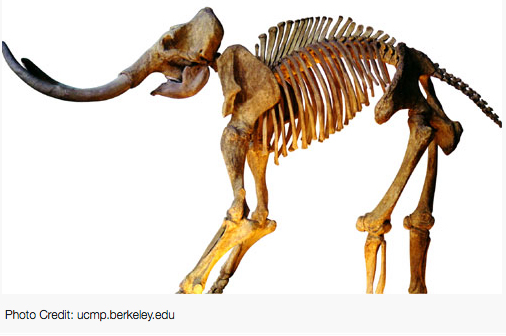 (WOOLY MAMMOTH) IOWA — When an Iowa family dug up a really big bone in their backyard two years ago, they had no idea what they were in for. The bone ended up being part of a full wooly mammoth skeleton that now belongs to the family. They are still unsure of what they will do with the skeleton, speculating that they may keep it in the house with them. Here’s to hoping they have a change of heart and give it to a museum. Read on for more. — Global Animal

An Iowa family has discovered parts of a mammoth skeleton in their backyard and, with the help of archeologists, they hope to dig up the rest.

ABC 5 reports a man named John and his sons were digging in their backyard two years ago when they found what appeared to be an enormous bone buried in the dirt.

“I got down on my hands and knees on the bank and I could see a marrow line around the edge of this and I said boys, that’s a bone, that’s a really big bone,” John told ABC 5.

The family kept the discovery to themselves for two years, but then decided to enlist experts for help extracting the rest of the mammoth skeleton.

Researchers from the University of Iowa identified the original bone as the femur of mammoth. Since then they have uncovered the mammoth’s vertebrae and ribs, all of which John keeps in his living room.

Archeologists and paleontologists are excited about the find because it is unusual to find so many bones from a mammoth in one place. However, since the bones were found on his property they belong to John, who says he’s not sure what he will do with them yet.

“Build another room off the side of the home and put it together? I don’t know, I haven’t decided yet,” he told ABC 5.

The volunteers helping John uncover the bones hope they will find the mammoth’s head next.