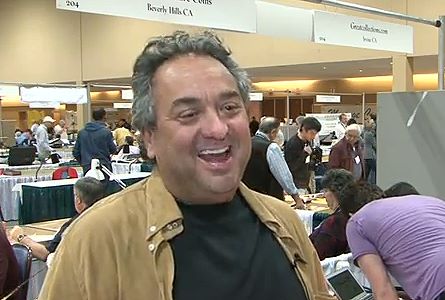 Beverly Hills rare coin dealer Kevin Lipton purchased a rare coin he said is an important piece of American history. He told the Daily News he bought the 1792 Birch Cent penny for $2,585,000 at auction Thursday.

A pretty penny of a sum sure, but Lipton insists he got a good deal and expected the rare coin to sell for far more.

“I wasn’t buying it in the heat of an auction,” he said Monday from his store, Kevin Lipton Rare Coins. “I was buying it for value.”

The penny is named after its designer Robert Birch and was a prototype for the nation’s first coins, he said.

“This coin is one of the greatest, I’d say, top 10 American coins in existence. It’s great from a rarity standpoint and a historical standpoint,” he said. “It’s the birth of our coinage.”

The 55-year-old purchased the item at Heritage Auctions in Orlando. He said the penny will be delivered to him next week.

The coin has an engraving of Liberty on the front, but Congress did discuss putting George Washington’s face on the coin. The backside reads “United States of America” around the border and “One Cent” in the middle.

But Lipton said he wasn’t interested in the item at the time.

“I didn’t understand coins like that back then,” he said. “Now I understand the greatest American coins are the ones that represent where we started.”

The collector has said he’d paid up to $2 million before on coins, but this is the most he has ever spent.

The record amount ever used to purchase a coin is $10 million on a 1794 silver dollar at an auction last year, but Lipton said he would rather have this Birch penny.

He said his coin is rarer and represents a more important part of U.S. history.

“The case can be made this is a better and more important coin,” he said. “Plenty of experts would pick my coin.”