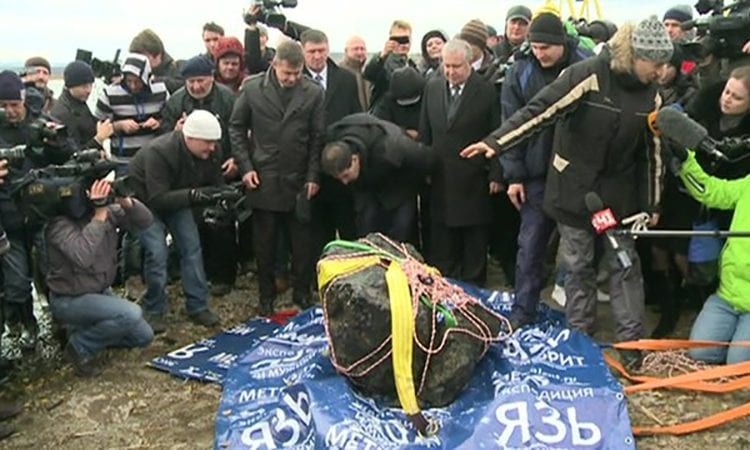 BBC NEWS Science & Environment | October 16, 2013 Watch Video Divers working at a Russian lake have recovered a half-tonne chunk of the space rock that exploded over Chelyabinsk earlier this year. The object plunged into Lake Chebarkul in central Russia on 15 February, leaving a 6m-wide hole in the ice. Scientists say that […]