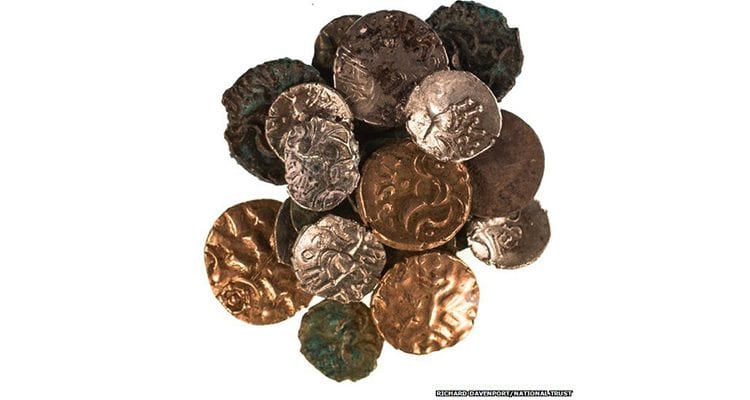 BBC NEWS DERBY | July 6, 2014 A precious hoard of Roman and Late Iron Age coins has been discovered in a cave where it has lain undisturbed for more than 2,000 years. The treasure trove was unearthed after a member of the public stumbled across four coins in the cave in Dovedale in Derbyshire’s […]