The oil man who caused a silver craze – and bust 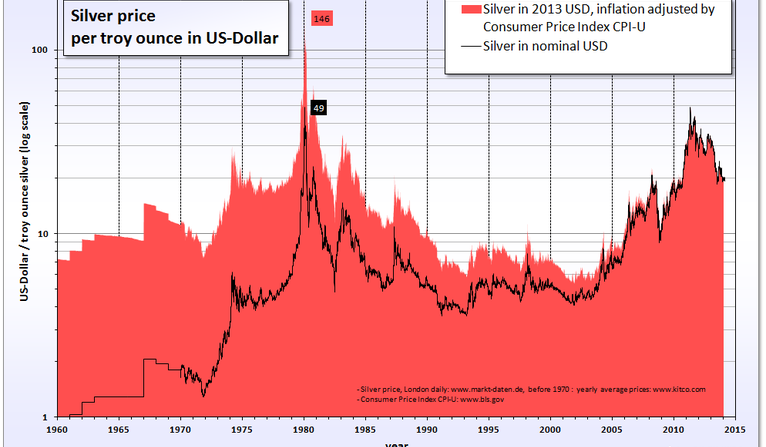 When the Hunt brothers bought up silver in 1979, a craze – and then a financial debacle – resulted. Speculators rushed in, families sold their silverware or in some cases, had it stolen.

Nelson Bunker Hunt, the billionaire oil tycoon who once tried to corner the world’s silver market, died yesterday in Dallas at the age of 88. He was an heir to the Hunt oil fortune and at one time, among the richest people on the planet. But a huge bet on the silver market in the late ’70s led to a silver craze and a financial debacle.

Hunt’s obituary in The Dallas Morning News describes him as an oilman, patriot, horseman, Christian and John Birch Society member, among other things. But in financial circles he and his brother were best known for owning a frighteningly big chunk of the world’s silver. They wanted to hedge against raging inflation, they said.

“They bid up the price of silver from $9 an ounce to, at its peak, something like $50 an ounce in January 1980,” said John Coffee, a professor at Columbia University.

But when worried regulators set new trading limits on silver, the Hunts couldn’t meet a margin call. Silver prices collapsed, they lost over a billion dollars, their lenders were in trouble, and yes, a federal bailout of sorts ensued. Hunt declared bankruptcy – the largest personal bankruptcy in American history.

“It took me probably 30 days to get an organizational chart dealing with probably more than 250 companies that he owned or had an interest in all over the world,” said Hunt’s bankruptcy lawyer, Russell Munsch, of Munsch, Hardt, Kopf and Harr. 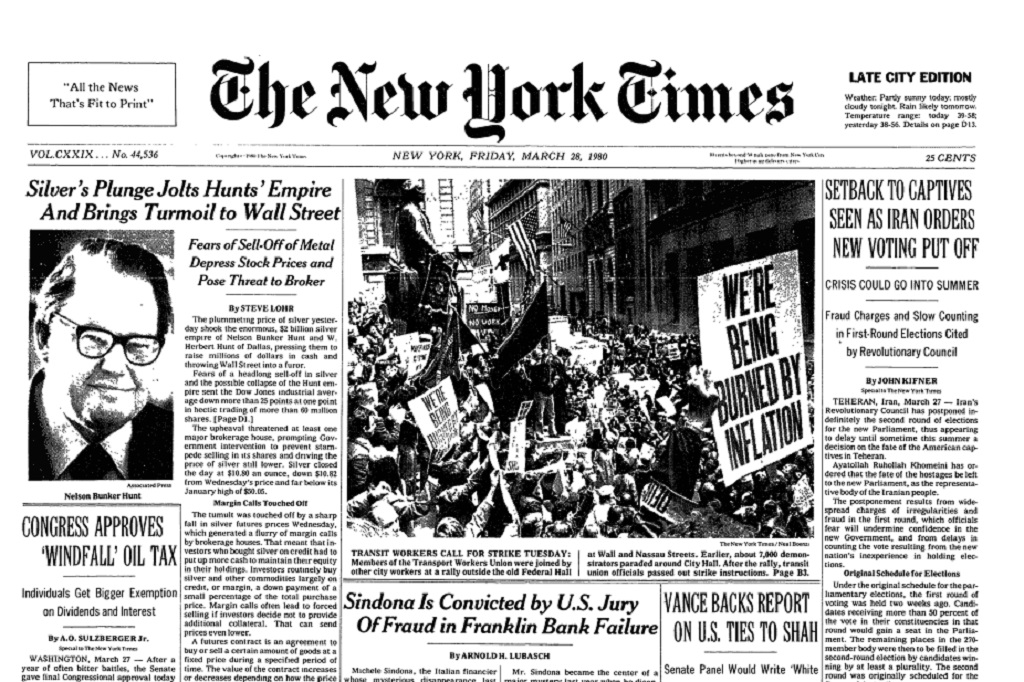 The front page of the New York Times on March 28, 1980 with a headline about Silver Thursday and the Hunt brothers. It reads, Silver’s Plunge Jolts Hunts’ Empire And Brings Turmoil to Wall Street, Fears of Sell-Off of Metal Depress Stock Prices and Pose Threat to Broker.

Jeffrey Williams, who wrote “Manipulation on Trial: Economy Analysis and the Hunt Silver Case,” says lots of people lost money. But reforms? Not so much.

“The more time has passed,” says Williams, who is a professor of agricultural and resource economics at UC-Davis, “the more I’m forced to conclude that the case did not have much effect on the way we regulate commodity markets.”

Jim Stone, who chaired the Commodity Futures Trading Commission at the time, today said the silver crisis “nearly torpedoed top financial institutions in much the same way mortgage derivatives did in 2008.” The Hunts were highly leveraged, and that problem, Stone says, remains “unfixed” and “the lesson unlearned.”