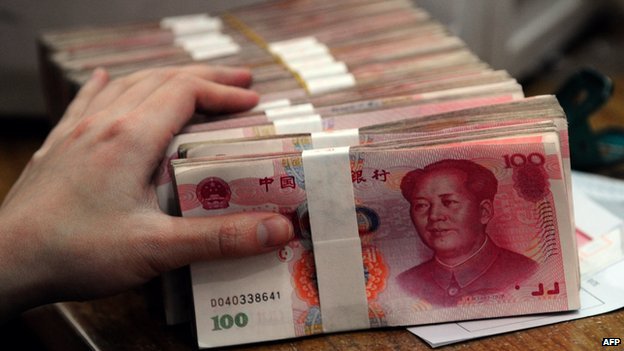 A company in one Chinese city has money to burn, and is using it to make electricity, it’s reported.

The power plant in Luoyang, central Henan Province, is burning old and damaged banknotes instead of coal – the first time this has been done in China, the official Xinhua news agency reports. The plant says one tonne of notes can generate more than 600 kWh of electricity, and is better for the environment than burning coal. The country’s central bank, the People’s Bank of China, has given permission for the notes to be burned, and says it’s an efficient way to make electricity. With the province’s unused paper money the company “can help generate 1.32 million kWh of electricity annually, which is equal to burning 4,000 tonnes of coal”, a member of staff at the bank tells Xinhua.

Banknotes which are withdrawn from circulation in China after being worn out by handling or other damage are most commonly used to make paper products, according to the Dahe Daily news website. The idea of setting fire to the city’s cash has amused Chinese social media users. “Burning money? Luoyang is such a rich city!” says one Weibo user, while another person writes: “I’m willing to go a year without electricity, please give me a pile of cash!” But one user has a craftier suggestion: “Hire me as an employee, I promise I won’t take any money.”